At Forbes our employees are our most important asset. The success, continued development and growth of the firm can be attributed to our employees. 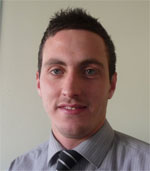 One of Forbes' 'success stories' is Emanuele Bellanca. Upon finishing school Emanuele decided to attend college to study law, however, he soon realised it wasn't for him and wanted to gain some 'hands on' experience working within a law firm. Emanuele had always dreamed of becoming a solicitor and started to search for junior positions at local law firms. Emanuele then applied for, through the careers office in Blackburn, the role of Office Assistant at Forbes Solicitors in Northgate.

Emanuele worked as an Office Assistant for around two years and during this time he completed his Level 2 NVQ in Business Administration and then moved on to completing a night course in Criminology.

Alongside Emanuele's promotions, Emanuele studied part time for his Law Degree at UCLAN and obtained a 2:1 (0.8% off a 1st!). Emanuele then went onto complete his LPC part time, again at UCLAN, obtaining a Distinction. Emanuele was also awarded the title of 'Business Student of the Year' for gaining the highest mark within his college year group.

Emanuele has now secured a Training Contract with Forbes and he is now a Trainee Solicitor; which means within two years, Emanuele will become the Solicitor that he dreamed of being when he started his career with the firm all those years ago.

Back to Business & Administration programme