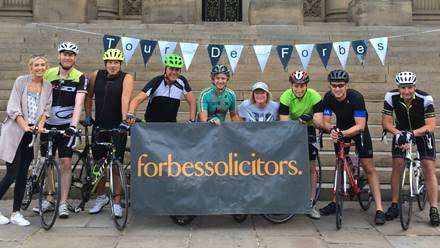 Cycling enthusiasts from Forbes Solicitors have raised more than £3,600 for charity after creating their own version of the Tour de France.

The Tour de Forbes involved a team of around 30 volunteers making the 100-mile journey from the firm's Leeds office to its base in Accrington on Friday July 27.

The journey took in all Forbes' other offices in Manchester, Chorley, Walton Summit, Preston and Blackburn including a pit stop at St Catherine's Hospice in Lostock Hall.

Forbes works to support charities located close to its offices and the fundraising event was arranged by Partner Jonathan Holden, who is a trustee at the hospice.

Lorraine Charlesworth, director of community and income at St Catherine's Hospice, said: "Staff from Forbes Solicitors did a brilliant job cycling more than 100 miles in the blazing heat - and they all had big smiles on their faces when they paid a visit to the hospice en-route, which was really nice to see. 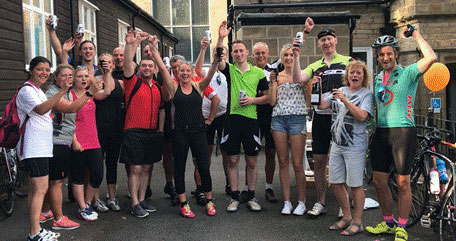 "Our staff and volunteers cheered them up the drive and welcomed them to St Catherine's Park to show our appreciation for their efforts.

"The amount they have raised in sponsorship is wonderful and so appreciated by everyone at St Catherine's, including the patients and families we care for - all while spreading the word about the hospice far and wide across the region.

Jonathan Holden, who is Forbes' Head of Employment, said: "Along with everyone at St Catherine's Hospice I would like to thank all those involved in the Tour De Forbes bike ride - from the cyclists to the support crew and all the Forbes staff who cheered their colleagues on. 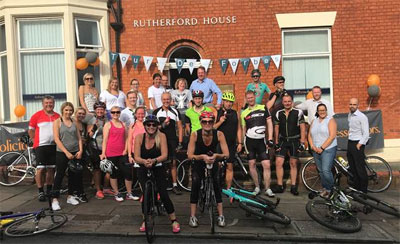 "It was an amazing team effort which has made a vital contribution to specialist care for local people facing conditions like cancer, heart failure and motor neurone disease."

St Catherine's Hospice is a local charity which helps people in the community affected by serious illness enjoy quality of life and have dignity in death.

For further information go to www.stcatherines.co.uk