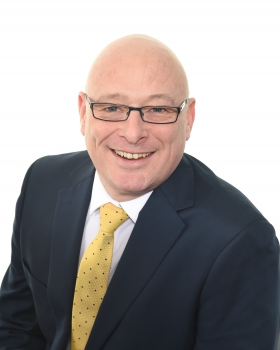 David qualified as a Solicitor in 2006 and as a Duty Solicitor and Solicitor-Advocate 3 years later in 2009. He has nearly 30 years' worth of experience in dealing with all aspects of crime from interviews at the Police Station through to representation at the Magistrates Court, Crown Court and even the Court of Appeal. He has also been an Accredited Police Station representative since 1995.

He is well-known and highly respected and specialises in defending those charged with the most serious of criminal offences throughout the country. Recent criminal instructions include a multi-million pound fraud and cases of serious violence, including murder. He also deals with serious cases of public disorder; robberies, burglary and theft and specialises in dealing with clients charged with serious sexual offences. David very recently successfully defended a young man charged with the murder of another male in a city centre night club that involved complex legal issues surrounding the law on joint enterprise.

A typical day in Court involves him dealing with bail applications, plea and trial preparation hearings, trials, sentence hearings or hearings involving legal arguments and when not in Court, David spends his time, supervising staff, managing a busy department, attending upon clients in conference and preparing his cases; which can include drafting complex and weighty legal documents as well as undergoing extensive legal research. He prides himself on his thoroughness and attention to detail.