Forbes recently successfully defended a tripping claim brought against its client, Blackburn with Darwen Borough Council. Additionally, the claimant sued the Water Authority who was responsible for the manhole cover alleged to have been involved in the claimant's accident.

The claimant said that she was walking on the road in question late at night. She described how the left heel of her shoe went into a hole in the middle of the manhole cover. She described the hole as being 4cm long and 6cm wide. She sustained quite a severe leg injury in the ensuing fall, which she described as occurring as her left leg sank causing her to twist and fall to the ground.

The manhole cover was not repaired following her reporting of the accident and it had not, and has not, been picked up on routine highways inspections. The Council and the Utility Company both argued that the manhole was fit for purpose and had been there a long time without incident. The hole in the cover was the "lifting eye" designed to enable the cover to be lifted for maintenance purposes. This was the main thrust of the defence although there were also considerable concerns about factual causation too, as the claimant's evidence did not match up with medical records. For example, the ambulance records recorded a slip on a wet floor whilst wearing heels. The manhole cover with its design feature can be seen in this photograph. 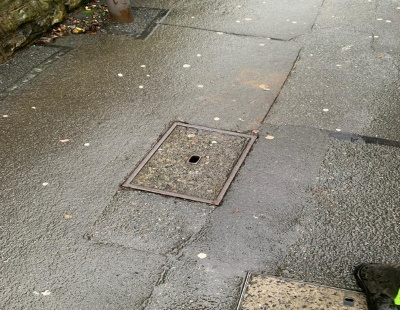 In accepting the stance that we had advised our clients to take, the judge found that the "hole" was an everyday feature of manhole covers the length and breadth of the country. He went on to say that it is normal to have keyholes to gain access and keyholes are various sizes. He also found that, in any event, the Council had a good system of inspection in place.

The lifting eye in this particular manhole cover was slightly larger than on some other covers, but even so the judge was not prepared to accept that it was a danger. It is always worth considering if the alleged "defect" is actually a design feature rather than a deterioration in the fabric of the highway when considering such claims.

For more information contact Elizabeth Bower in our Insurance department via email or phone on 01254 222411. Alternatively send any question through to Forbes Solicitors via our online Contact Form.

At last, the whiplash reforms rules and start date are announced…