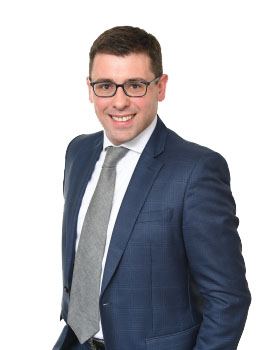 Stephen regularly handles cases in the County Court, the High Court and the Land Tribunal and is also experienced in alternative dispute resolution and mediation. He prides himself on being able to act decisively for the client when the situation demands, but equally being able to quickly identify the client's commercial objectives as well.

Examples of Stephen's cases include:

Stephen is a recommended lawyer in the latest Legal 500 2021 edition in which he is described as follows:

"The team, headed by Stephen McArdle has certainly impressed with its client focus and, in particular, Stephen's ability to find swift and pragmatic solutions to client problems"

"Stephen McArdle stands apart from many of his competitors. His ability to get to the root of a problem belies his years in practice. Stephen is a formidable opponent who leaves no stone unturned"

In his spare time, Stephen is a charity trustee and a school governor.