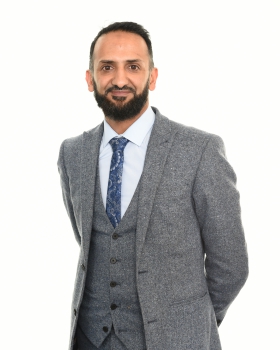 Partner and Head of Regulatory, Insurance

In May 2012 Ridwaan was promoted to partner having trained and qualified with the firm. He qualified as a Solicitor in 1999.

He acts on behalf of numerous local authorities, organisations and Plc construction companies in defending Employers' and Public Liability claims.

Ridwaan forms part of the high loss team with particular focus on pain syndrome claims and those involving complex liability and quantum issues.

Ridwaan achieved his Higher Rights of Audience Advocacy qualification in May 2013.

He also has considerable experience of representing organisations and public sector bodies at inquests and during health & safety investigations brought by the regulatory body, with recent examples of representing the interests of a football club at the inquest and the subsequent prosecution as a result of a fatality involving falling goalposts and a well reported incident of an inflatable bouncy castle which blew away whilst being operated.

Ridwaan provides regular training to various local authorities, companies and for other organisations on his area of expertise.

The construction company and its groundworks contractor sentenced