Registered trade marks in the UK are classified in accordance with the NICE Classification, an international trade mark classification system, to which the European Union Intellectual Property Office ("EUIPO") and the World Intellectual Property Office ("WIPO") are also signatories. There are 45 different classes in which your trade mark could be registered, with 34 classes applying to goods and 11 applying to services. As these classes only provide a broad indication as to the goods and services that fall within the same, it is common that trade marks (particularly those trade marks that protect a brand name or business logo) overlap the customer base of that business. When investigating the scope of your trade park, our trade mark solicitors will identify those goods and services that are more relevant to your business.

How to register a trade mark

There are several steps if you want to register a trade mark in the UK. These include:

If you need support in applying for a trade mark or want more information on how to register a trade mark in the UK, call Forbes Solicitors today or get in touch here.

What can and cannot be registered as a trade mark?

In order for trade mark registration to be obtained in the UK, the TMA sets out that the proposed trade mark must be capable of:

As technology has improved over recent years, the extent to which trade marks are capable of being represented on the register has increased significantly, with registration being possible for colours, sounds and even multimedia motions. That being said, the vast majority of trade mark applications are for word marks (such as for a product name) or figurative marks (such as a product or business logo). Our intellectual property solicitors will help advise as to whether your trade mark satisfies the requirements and whether or not it would be prone to an objection based on the absolute grounds for refusal under the TMA.

Is it necessary to have a registered trade mark?

How much does it cost to register a trade mark?

The costs of filing a UK trade mark application varies depending on the number of classes that you want to register the trade mark in, in addition to which application procedure you wish to. The IPO currently has in place the following application services:

Our intellectual property solicitors act for clients for a competitive fixed fee, under which we will produce a Trade Mark Report, analysing the registrability of your proposed trade mark against any existing trade marks and the absolute and relative grounds for refusal under the TMA. Thereafter, we can assist you with dealing with the trade mark registration on a fixed fee basis. Please contact us by clicking here to discuss your requirements further with one of our intellectual property solicitors and for a no obligation quotation.

What are the absolute grounds for refusal of a trade mark?

Each opposition commonly turns on whether or not there will be a likelihood of confusion on the part of the public, which would be caused by registration of the later trade mark. Key issues here will relate to the customer base of each business, the goods/services that both businesses provide, and it must be noted that evidence of actual confusion is not generally required; instead evidence of likely confusion is sufficient.

A third party has opposed my trade mark application, what are the next steps and what can I do?

The TMA and Trade Marks Rules 2008 (as amended) set out the procedure in which parties must follow should they wish to oppose (or conversely, defend) a trade mark application. As set out above, an opposition must be raised within two months (unless extended) of the proposed trade mark being published on the trade marks journal.

Should you receive a notice of intended opposition after your trade mark has been published, our intellectual property solicitors can advise as to the merits of the proposed opposition and what options are available to you. This may involve restricting the goods and/or services covered by your trade mark or entering into formal undertakings or a Co-Existence Agreement with the opponent, both of which form the basis of a contractual relationship between both parties, setting out their respective rights and obligation and, importantly, what will happen if a later infringement or opposition occurs. Of course, some trade mark oppositions are merely speculative and have no legal basis under the TMA or otherwise; our intellectual property solicitors are best-placed to advise as to what your preferred course of action ought to be in each scenario.

An opposition must contain details regarding the existing trade mark that the opposition is based upon, a statement confirming that their trade mark has been put to use (for those trade marks that have been registered for 5 years) and a "statement of grounds", setting out why the trade mark application should not be successful. Thereafter (and generally within a further 2-month period), the application will have the opportunity to file a counterstatement, which rebuts the contents of the opposition, further setting out why the trade mark should proceed to registration. The period prior to filing a counterstatement also represents a further opportunity for the parties to seek an amicable solution to the opposition and via the parties' agreement, they can enter into a formal "cooling off" period, lasting up to 9 months (which can be extended by a further 9 months), in order for such to take place.

Once the counterstatement has been filed, the IPO will usually invite the parties to file evidence in support of their respective position. This is evidence of fact rather than legal submissions and will generally relate to use of the existing and/or proposed trade mark; a successful opposition will likely hinge on establishing prior use of the existing trade mark; comparatively, an existing trade mark may be prone to a validity challenge (which may render the opposition unsuccessful), and further information in this regard can be found on our trade mark disputes page.

Upon completion of the evidence rounds, the IPO will inform the parties that the opposition can then proceed to a substantive decision, which is usually based on the papers that have been received. For oppositions that involve contentious matters of fact, it is possible to request an oral hearing in order for such to be determined; this will require representation, for which our trade mark lawyers/solicitors will be able to assist. A final decision will then be handed down by the IPO's case handler within 2-3 months, bringing the total duration of the opposition to anywhere up to several years.

It is possible to file a fast track opposition, which is helpful when seeking to reduce the long delays that take place during the evidence rounds. Should you wish to oppose a third parties trade mark application, then our intellectual property solicitors/lawyers will be able to advise as to the advantages and disadvantages of each option, when considering your position.

How long does a trade mark take to register?

The length of the process for registering a trade mark will depend on whether or not anyone challenges the application. If no one opposes the registration then it's usually possible for the process to me completed in around four months, but any issues with the application can mean significant delays.

My opposition to a third party’s trade mark was successful, am I able to recover my costs?

The traditional rule in civil litigation is that the losing party will be required to pay the reasonably incurred legal costs of the winning party. However, with the general rule with proceedings before the IPO is that costs are contributory, rather than compensatory (save where unreasonable conduct can be found on behalf of one party), such that the losing party will generally only be ordered to pay a proportion of the winning party's costs. This will include any IPO fees that are incurred (such as the opposition fee).

Throughout the opposition, our intellectual property solicitors will advise as to the applicable legal costs that you may incur, in addition to whether or not those costs can be recovered if you are successful.

How long does a trade mark last?

Having your trade mark registered will therefore allow it to be indefinitely registered ensuring your trade mark is protected as long as you are wanting it to be. This will again provide you with security that you are not infringing on anyone else's trade mark and that if someone tries to infringe on yours, you will be able to act accordingly with your rights under the TMA. Our solicitors will help you gain this right and help you feel secured and protected whilst running your business. They can also help with renewal's if the time is due. Speak to our intellectual property solicitors who can advise you on registering your trade mark today.

What happens to my trade mark that was previously registered in the European Union Intellectual Property Office (“EUIPO”)?

Following the UK's departure from the EU on 31st January 2020, EUTM's continue to be subsist and be enforceable in the UK until the end of the transition period. The holders of any EUTM's that are registered before the end of the transition period become holds of comparable trade mark rights in the UK without any need for re-examination. This comparable mark will have the same renewal dates as the corresponding EUTM.

If after the transition period an EUTM is declared invalid or revoked in proceedings started before the end of the transition period, the corresponding comparable mark will also be cancelled as of the same dates unless the grounds for invalidity or revocation are not applicable in the UK.

If you have any questions surrounding your application to the EUTM, or you are unsure about your rights with your current EUTM, please contact our intellectual property solicitors today who will apply to advise you accordingly about your existing or soon to be existing EUTM. 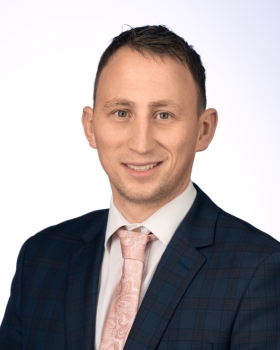 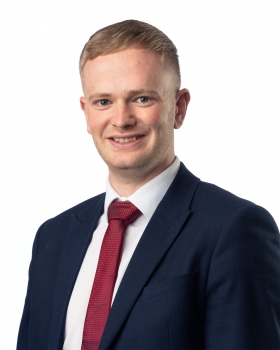 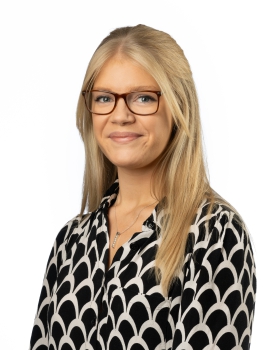